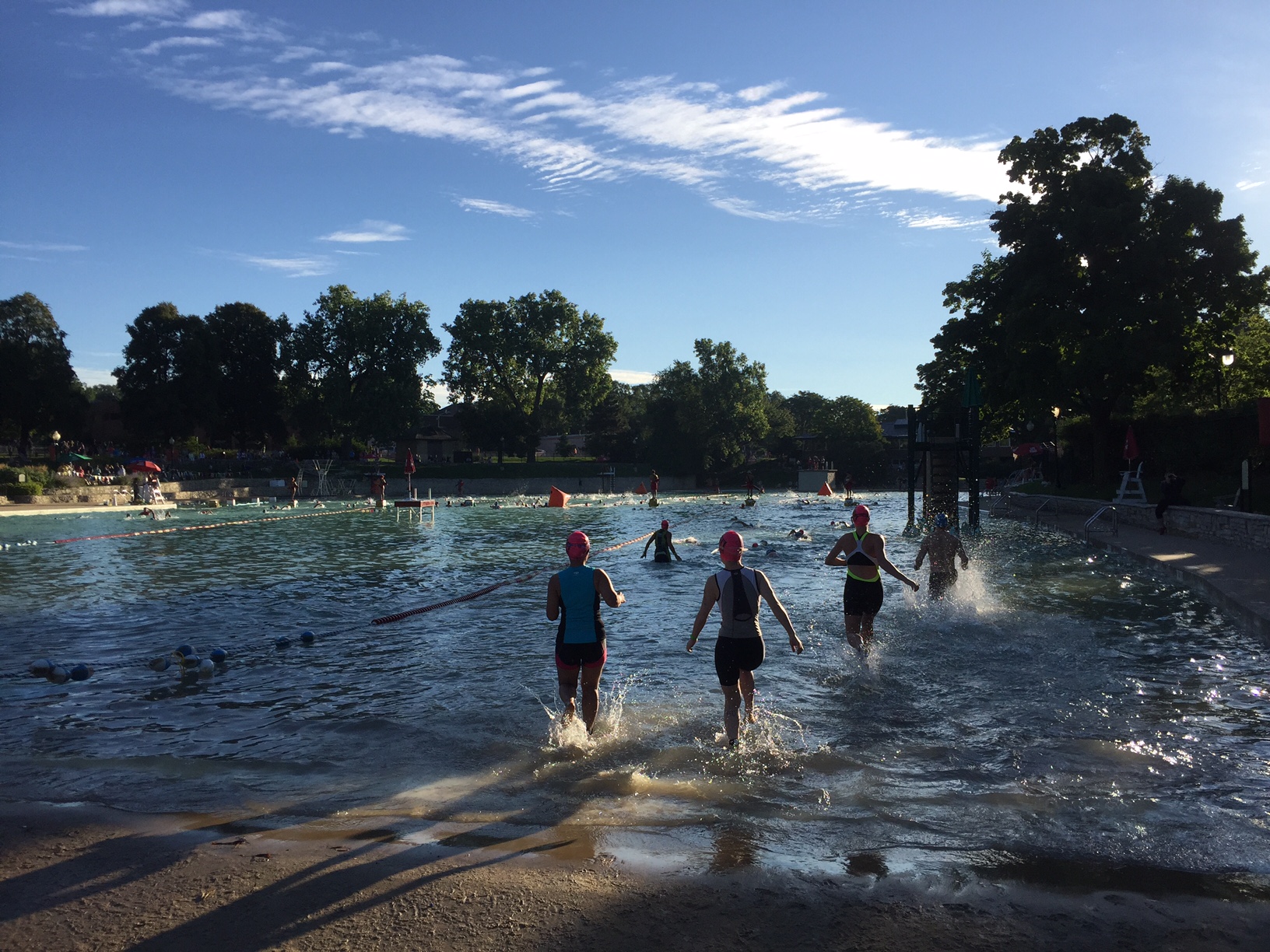 Three generations of a DuPage County family had anything but a lazy Sunday morning in Naperville.

Dick Phelan, 72, of Hinsdale, his three children and two grandchildren were among roughly 1,800 entrants in the Naperville Sprint Triathlon. It started with a 400-meter swim at Centennial Beach, then a 20-kilometer bicycle ride and finished with a 5K run.

With a cowbell in one hand and camera in the other, Robert Lee of Naperville…

Recent water temperatures at the Centennial Beach Pool have been 80 degrees or higher. We…